Colt48 formed in June 2017 and, in a relatively short time, revealed promise with its 2017 self-titled debut, gaining fans and media recognition with the single “Hate Hate Relationship.” While only together less than a year, the UK duo has had the opportunity to hone their skills by opening for Trapt, Fozzy, Sick Puppies, and Puddle of Mudd, to name just a few.

When first introduced to readers of The Symphony of Rock, Colt48 described its music as “relatable, emotional, and hopefully what people will judge as ‘real’…loud, raw and full-on.” Fast forward to 2018 and the band – vocalist/guitarist Adam Jerome and background vocalist/drummer Matt Savini – have shown they are fully delivering on that potential with its second venture, II.

Jerome and Savini designate themselves as a “grungy rock band.” If this is their intended niche, the duo aptly supplies it in the three-songs presented in II, which was produced by Carl Brewer, Chris Clancy, and Colin Richardson (Slipknot, Bullet, Trivium, Machine Head.) 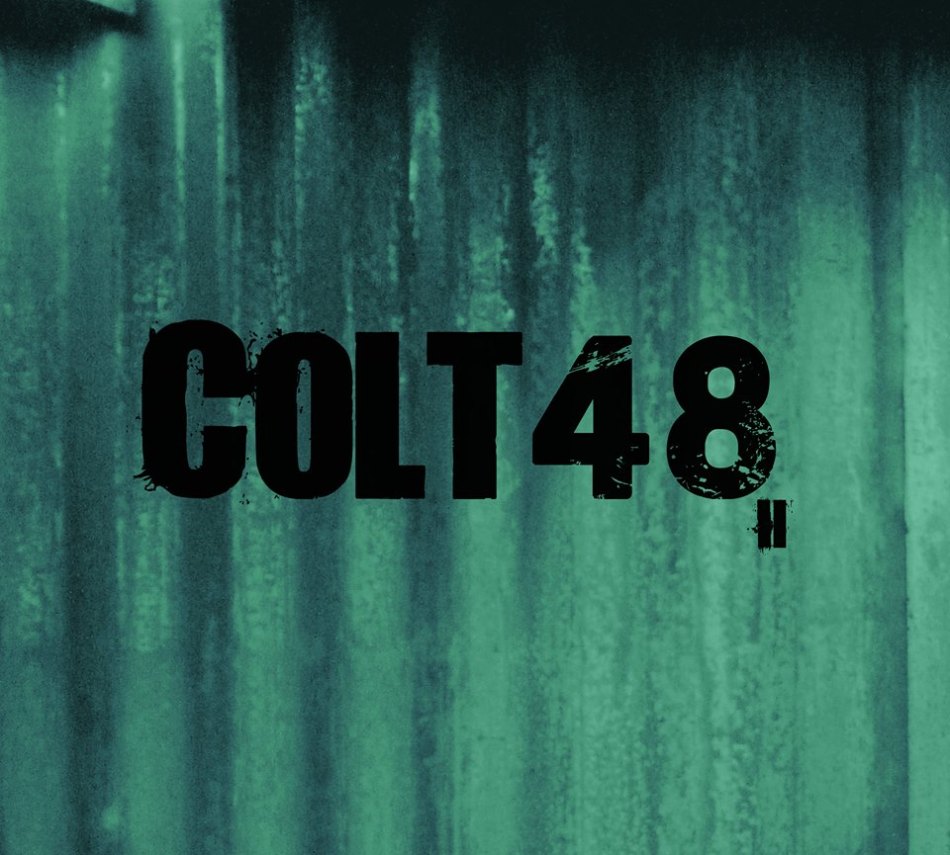 Straight off, II unquestionably sees a much heavier side of Colt48. This latest effort shows a more clear-cut direction and path for the band, complete with an impressive display of lyrical growth and musical gravity. II is not one-dimensional by any means; rather, it explores many different sounds and styles likened to its aforementioned genre.

The first offering, “The Fire,” opens with chunky distorted guitar sounds and riffs and is the best example of the loud rawness that Colt48 wishes to project in its music. Complete with heavy drumming straight off, the song secures the listener’s attention right away. The verses are sung in a straightforward and spiteful manner by Jerome, complete with a chorus that has the duo raging in part, “No, you took everything/you wanted more/and now there’s nothing left at all…” Definitely the best song of the three.

Mid-tempo rocker “Out of Habit” slows it down a bit for the band but has an appealing guitar hook, again teeming with a rush of consistent drumming from Savini. The lyrics are fueled by an emotional and intense performance from Jerome, who sings of resigned frustration that comes with self-awareness.

“Never (Let You Live It Down)” starts off with a surge of instrumental energy before simplifying itself musically with verses that are angst-filled and contemptuous. The arrangement constantly builds up and breakdowns before fading off but still raging to the end.

Without a doubt, II is definitely a full-throttled and worthwhile listen from Colt48. Undeniably recommended.

II will be released March 16th and can be ordered by contacting the band by the social media links below: