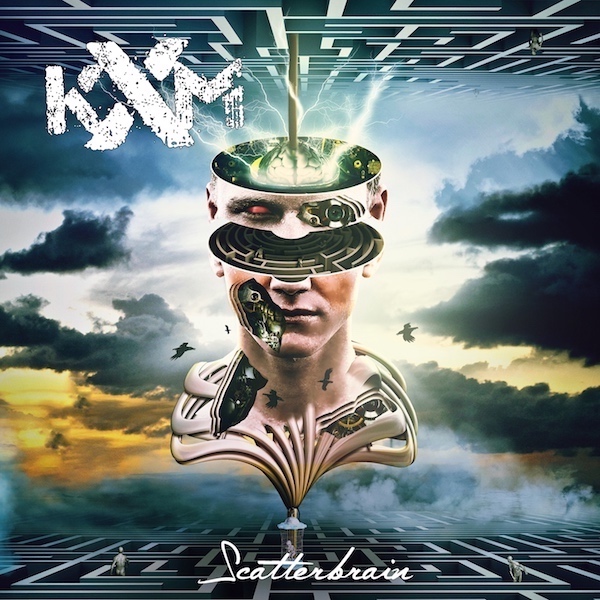 Just because you take some of the best musical entities in the world today – for example, Kings X dUg Pinnick, Dokken/Lynch Mob’s George Lynch, and KORN drummer Ray Luzier – and put them together doesn’t necessarily guarantee that anything musically noteworthy will come out.

Fortunately for the trio, this isn’t the case. KXM’s latest effort, Scatterbrain, proves that the members have found their rhythms and solidified their musical presence, surpassing the promise the band first showed on its 2014 self-titled debut, KXM.

Admittedly, KXM’s debut album was an experiment in the making. And, as with any band, it takes a while to focus on what is worthy, discovering the strength and weaknesses, while evolving into a musical entity that delivers on content.

No need to worry here – from the opening manic riffs of “Scatterbrain” to the quiet easy of “Angel,” KXM delivers 13 songs that are as wide-ranging and diverse as they come. Scatterbrain is proof that the band’s musical avenues have fully opened and are not being limited to any one category.

There is an overall sense of playing that makes this band come alive. There are no illusions here – you have the hard-on vocals complimented by provocative playing throughout. Starting right off – Pinnick’s voice is unequaled and really can’t be matched. Each verse Pinnick sings is with distinction: no parts of harmony are the same; no pitch is identical to the last. It can be mournful as in “True Deceivers” to sharp and attacking in “Obsession.” As a bassist, Pinnick successfully coaxes different tones out of his instrument and is a consistent bottom end to Luzier’s drumming.

Then you have Lynch: Songs like “Together” shows Lynch experimenting with sounds the listener might not be accustomed to or comfortable hearing from him, which is a good thing. But those who are more comfortable with Lynch’s signature heavy duty licks the guitarist is famous for can easily find them on “Breakout” or “Big Country.”

What can be said about Luzier is his adaptability to play with the eclectic and ever-changing algorithms that is Scatterbrain. He can pound the drums furiously when the song calls for it or tone it down to soft and complimentary beats. Luzier literally matches beat for beat with every lick and throbbing rhythm that can be found.

Take all that individual talent and you have a band that is one unified, solid, and consistent unit.

It must be noted that the band also has an excellent penchant for lyrics. Overall, the album shows lyrics and music equally balanced, and KXM fully delivers. What works for the band also works against it – the music is sometimes too catchy to the point where the somber messages in the lyrics could possibly be ignored. There are some serious and dark undertones to this album to entice the listener and it would be a mistake to take the music over some of the solemn subject matters KXM chose to address.

Overall, Scatterbrain is a successful release of bluesy metal with a touch of driving melodic funk. It’s a lot of great music rolled into one package that can appeal to everyone if approached in an open-minded manner. Definitely a “5” out of a 5-star rating.

6 comments on “KXM delivers with ‘Scatterbrain’”