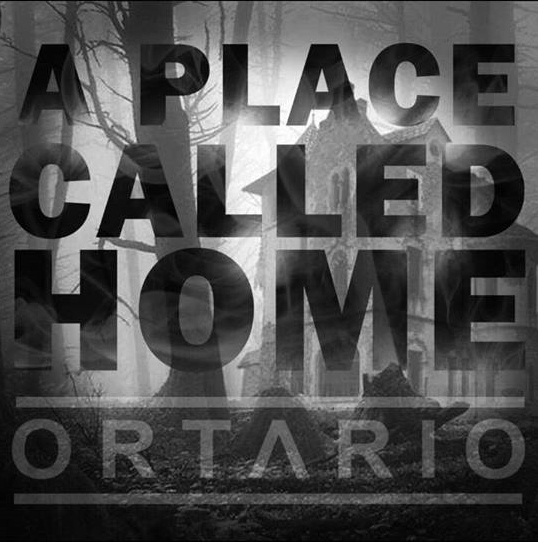 Welsh alternative rock band Ortario are quickly establishing themselves as one of the best new rock bands in the UK. Following up on their first two singles released in 2016, “Forte” and “All Outta Money” – both of which are very good – they dropped their debut EP A Place Called Home in late January, and it’s outstanding. Ortario consists of Chris Clark (Vocals), Jamie Thomas (Bass), David Wheeler (Guitar), Mark Lloyd (Guitar) and Nathan Lewis (Drums). Having two guitarists plus a bassist gives their music a dynamic, guitar-heavy sound.
When I asked about the theme of A Place Called Home, bassist Jamie Thomas explained “For us, there is no place like home. [Being] a band that situate ourselves in different Welsh valley towns, we’re proud of our Welsh heritage and where we come from. The song “No Place Like Home” for instance is basically about leaving home for a long period of time or moving away completely. Whether it be going away on tour, a business trip or travelling around the world, although we love going away for things like that, at the back of our mind we wouldn’t mind sitting in our local with a pint in hand with friends or family. We like to think that when people listen to that song, home or away, it will remind them about where they come from, the smells, sounds and sights of home and the people they know. It doesn’t just apply to us as a band, it applies to everyone wanting a bit of nostalgia or someone who’s feeling a bit homesick.”
So let’s dig into the music. The EP offers up five hard-driving, yet melodically complex tracks. “No Place Like Home” starts things off with a bang, as aggressive, shredded guitars play to a rapid-fire beat. Toss in a catchy hook and solid lyrics, and it’s a fantastic high-energy rock song. We’re introduced to Clark’s dynamic, heartfelt vocals, which thankfully are well-represented on all five tracks.
Next up is ‘Safe House‘, a fireball of hard rock packed into a mere two minutes and 29 seconds. The track has a thunderous bass-heavy rhythm, with blistering guitar riffs and Lewis’ speaker-blowing percussion. Clark’s soaring vocals match the power of the instrumentals note for note. I love this song!
“Be Somebody” speaks to letting go of things from the past that are holding you back. “We all know that deep inside we have no doubt. We just can’t let it out. And you know that you can see. So why don’t you just get up.  Did you know that you could be, you could be somebody.” The melodic song has lovely, intricate guitars that alternate with grittier riffs, and when combined with Clark’s impassioned vocals, the result is a deeply compelling track.
A standout is the hard-rocking “Alto“, with its frantic, mountainous riffs and hammering drums. Wheeler and Lloyd really showcase their guitar-playing chops on this track, and Thomas keeps pace with his heavy, thumping bass. Lewis pounds the hell out of his drums, while Clark’s high-octane vocals provide added fireworks to this exhilarating track. It’s so good that even at nearly four minutes in length, it ends too quickly.
The final track “Nothing to Lose” unleashes ear-splitting guitar-heavy riffs overlying Thomas’ buzzing bass line and a pummeling stop and start beat. It’s clear that these guys are incredibly in sync when playing together as a cohesive unit. A Place Called Home is well-crafted and expertly produced, without one false note or misstep on any track. I highly recommend this EP, especially for fans of guitar-driven hard rock.

To learn more about Ortario, connect with them: