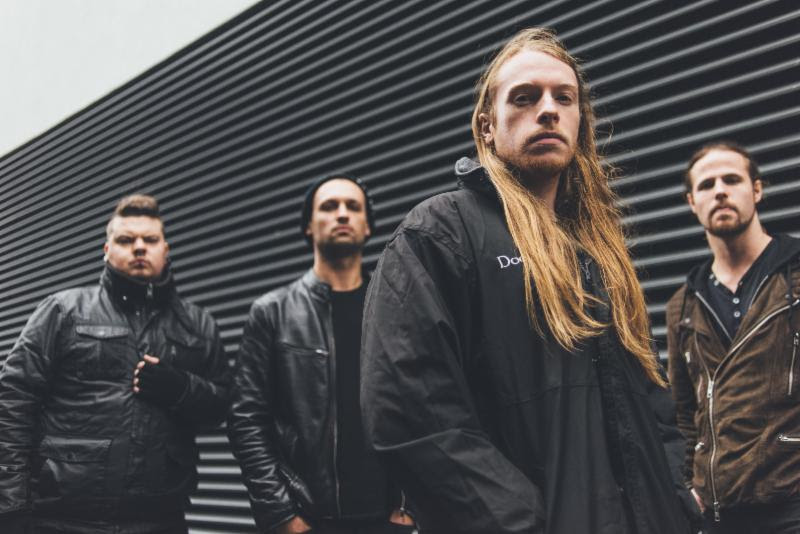 London natives CYPHER16 have risen up the ranks in their native UK throughout the last few years, amassing a devoted following which has afforded them the opportunity to perform at numerous festivals around the world (including India and China), and to catch the eyes and ears of reputable music publications and tastemakers. Now, after the buzzing release of their latest album – the hooky, symphonic metal-tinged alt-rock offering The Great Surveyor (recorded by renowned producer Romesh Dodangoda [Motörhead, Bullet For My Valentine, Funeral For A Friend]) – CYPHER16 have set their sights on North America.

CYPHER16 will embark on their very first major North American tour with headliners Amaranthe on their upcoming “Maximalism” USA & Canada tour, beginning February 10 at Scout Bar in Houston, TX. The tour will also feature support from Failure/Anthem, Citizen Zero and Smash Into Pieces. The tour will trek through North America until March 11, when it comes to a close in Reading, PA. Tickets are available via http://www.amaranthe.se.

CYPHER16 frontman Jack Doolan states, “We’re excited to be hitting the road with our good friends in Amaranthe once more, this time around the USA and Canada! We’ll be bringing you guys a joint Swedish and British musical assault, and the party won’t stop at the stage! See you there!”

CYPHER16 is considered one of the most anticipated metal/rock bands-to-watch out of the UK. Reflective of their current prowess as an independent force, the quartet is proudly endorsed by ESP Guitars, EMG Pickups, Blackstar Amplification, Warwick Basses and Audio-Technica.

Formed in 2007, CYPHER16 extensively forged and honed their sound through live performances around the UK’s scuzzy rock club circuit before recording their debut, self-released The Man Of The Black Abyss EP in 2008. In 2009 and still just in their teens, the band received an invitation to play at Locofest in Florida with metal heavy-weights Mudvayne, In This Moment, Hed p.e. and Nonpoint – marking the band’s first visit to the states. Afterward, the band continued to perform at festivals internationally in Europe, India and China. CYPHER16 followed up with The Metaphorical Apocalypse (2011) and Determine (2013) EPs to more rave reviews from press and fans alike. Shortly before the recording of their latest album, The Great Surveyor, the band performed at both Bloodstock Festival and Hammerfest with the likes of Anthrax and Soilwork.