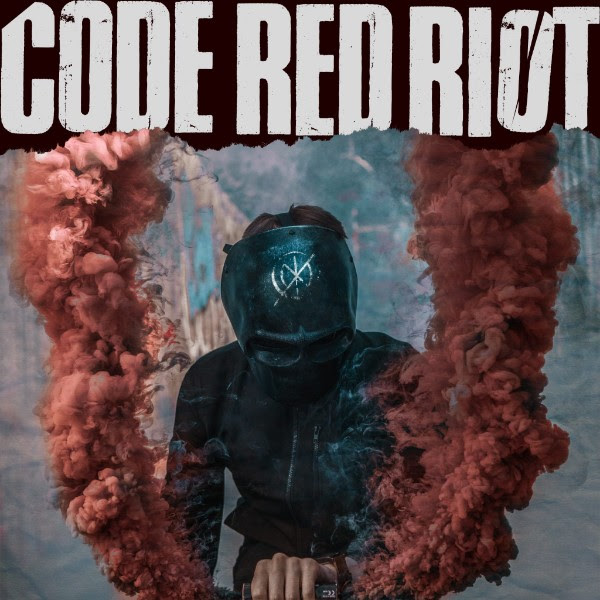 Having originated as a cathartic music outlet for Corky Gainsford (formerly of the Century Media signed outfit Otherwise), CODE RED RIOT are ready to take audiences by storm with their full-length debut,”Mask”, scheduled for release on June 29, 2018 via RED MUSIC / SONY.

While known primarily to fans for his career as a drummer, Gainsford has been involved in various aspects of the industry over the past decade working behind-the-scenes as a producer, songwriter and engineer. After his departure from Otherwise – whose career included five Top 20 singles, two full-length albums and relentless touring including being featured on every major rock festival in the U.S. – Gainsford used his motivation to succeed to focus on crafting a collection of hard rock songs that featured anthemic choruses, melodic riffs, and soul-searching lyrics balanced on top of a hard-hitting rhythmic groove, thus forming CODE RED RIOT.

Following in the footsteps of Dave Grohl (Foo Fighters), Sully Erna (Godsmack) and Blake Allison (Devour The Day), Gainsford knew it was time to make the necessary transition from drummer to frontman and played almost all the parts himself  on this debut album (vocals, drums, bass and rhythm guitar). He eventually recruited a fantastic unknown guitar slinger, named Tyler “Taz” Azure, to round out the album’s lead guitar work.

CODE RED RIOT are excited to reveal the music video for their debut single, “Living Low”, which can be seen directly  below. Having posted an early demo of the single on Facebook in 2017, the song was quickly picked up by Sirius/XM Octane and several terrestrial radio stations across the USA, without any record label, promo team, or industry machine pushing the product.

Gainsford reveals, ““Living Low” was the first song I wrote specifically for Code Red Riot. The chorus became a proclamation, a mantra, and a war cry to bury my emotional pain of the past, and embrace the struggle required to move forward and achieve my next goals in life. Ironically, it was also the song that captured the attention of Sony RED Music, and compelled them to sign the band.”

He further notes, “In the “Living Low” video, we wanted to create a dark underworld, or a virtual “monster under the bed,” that represented the emotional antagonists we all fight against on a daily basis: self-doubt, insecurity, and negativity. Once we started shooting the video, that underworld became referred to as “The Living Low,” which was a room lit only by blacklight and glowing paint. It was dark, hot, and perfectly uncomfortable. During the shoot, Taz got slammed in the eye with flying paint, and I vomited after choking on down feathers I’d been throwing wildly around the room. In the end, we ruined all our instruments, clothing, and props on the set, but we had decided that the material sacrifice was required to adequately purge all those metaphorical demons, and break free of The Living Low.”

WATCH THE “LIVING LOW” MUSIC VIDEO BELOW OR HERE:

“Mask” is currently available for pre-order via Red Music / SONY. Receive an instant download of “Living Low” when you pre-order it through any digital service provider. Reserve your copy of “Mask” now here: