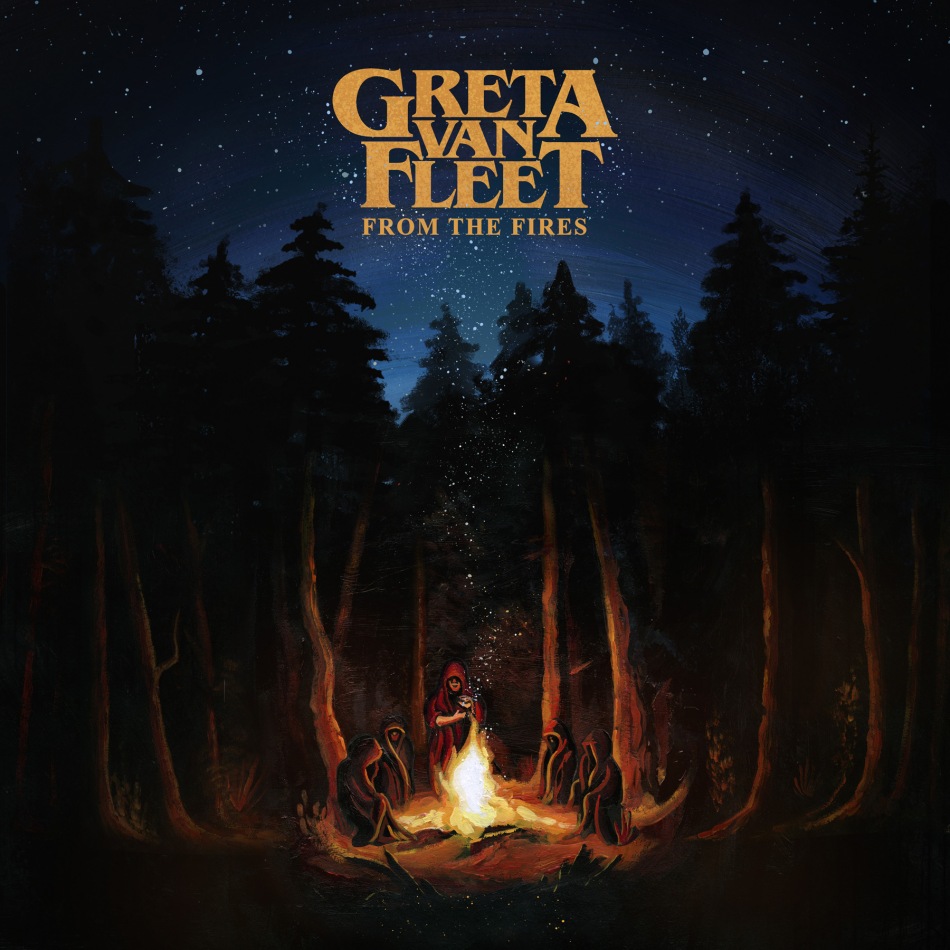 Greta Van Fleet, one of the most exciting up-and-coming rock bands making music today, and just named Best New Artist at the Loudwire Music Awards, will release From The Fires, an eight-song double EP, on Nov. 10 (Lava/Republic Records).

From The Fires will feature on one disc four brand new Greta Van Fleet recordings as well as the four critically-acclaimed tracks from the band’s break-out EP Black Smoke Rising, including “Highway Tune,” the band’s debut single that spent five consecutive weeks at #1 on the Mainstream Rock Radio charts.  The four new tracks were recorded last month at Rust Belt Studios in Detroit and produced by the same duo that produced Black Smoke Rising earlier this year, Al Sutton and Marlon Young.

Greta Van Fleet was just named one of Rolling Stone‘s “10 New Artists You Need to Know”:

According to the band’s vocalist Josh Kiszka, compiling the four Black Smoke Rising tracks with the four new recordings made for an ideal grouping.  “All eight of these songs share a theme of basic humanity,” said Kiszka.

From The Fires will be available both digitally and as a physical disc.  For those fans that have already purchased the Black Smoke Rising tracks via iTunes, they are invited to complete their From The Fires double EP at a special price.  Log onto iTunes for those details.

The cover art for From The Fires was conceived by Josh who said, “When we were all kids, our extended families and friends spent part of every summer together at a place called Yankee Springs.  We were out in the middle of the woods, and every night, we’d sit around a campfire, play music and tell stories.  I always loved that as it reminded me of ancient times when people would gather around the fires with the tribes’ elders telling fables of wisdom and courage, passing down human history.  That concept is where the cover art and title come from.”

Check out the feature on the band and the double EP that just posted on the Wall Street Journal’s website:
https://www.wsj.com/articles/classic-rock-is-now-a-young-bands-game-1508949021

4 comments on “GRETA VAN FLEET TO RELEASE ‘FROM THE FIRES’ DOUBLE EP ON NOV. 10”