THE BLACK MOODS will return to the road in the US this year as they continue to promote the release of their debut full length album, Medicine. The Phoenix-based rock group will embark on the “Ready For War” tour supporting Adelitas Way, which kicks off on March 2nd at the Brooklyn Bowl in Las Vegas.

Speaking about their excitement for this upcoming tour and the opportunity to play new material off Medicine, The Black Moods’ lead guitarist & vocalist Josh Kennedy comments, “We’re ‘ready for war’ and are looking forward to storming the states with this amazing arsenal of bands!”

Chico Diaz (drums) also offers his thoughts on the band’s tour with Adelitas Way, stating, “We’ve been fans of Adelitas Way for years – we’ve actually seen them the last few times they’ve played Phoenix – so we are really excited to be joining them on the road.”

In addition to their dates on the Adelitas Way tour, THE BLACK MOODS have announced a pair of performances in Austin, TX as part of South By Southwest (SXSW), as well as a string of headlining local dates in the Scottsdale/Tempe area following the conclusion of the tour. The band’s song “Say It For The Last Time” has also been added to THE A LIST: ROCK playlist on Apple Music, which you can check out via this link 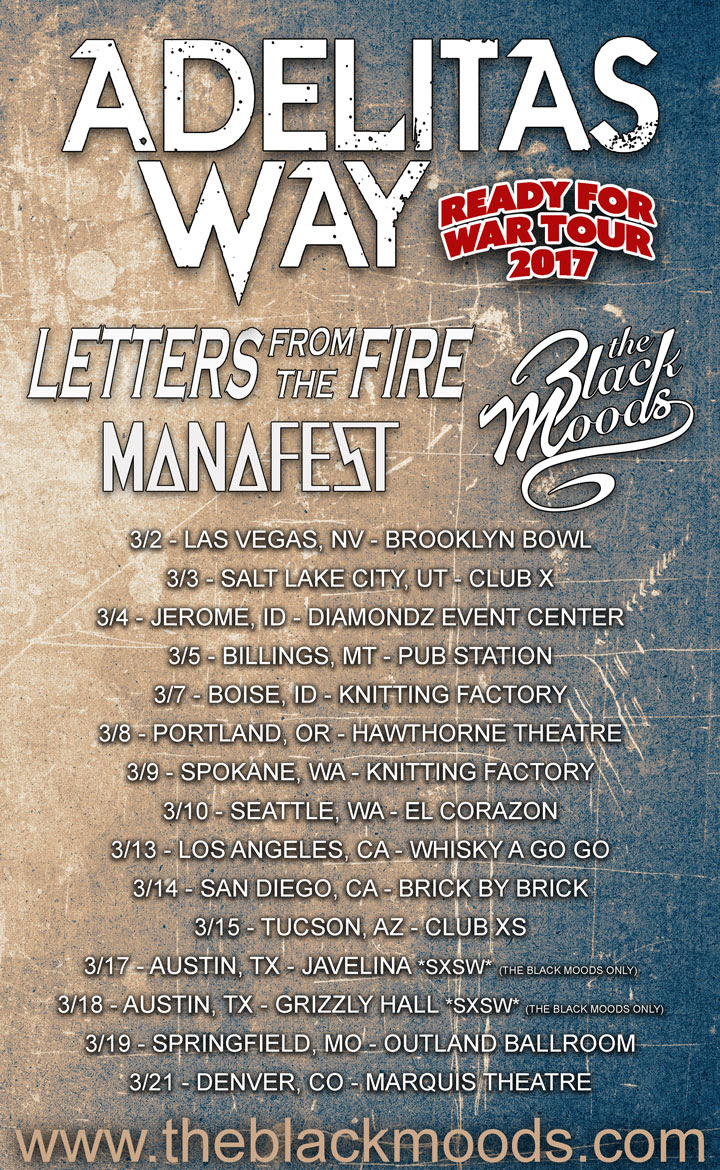